I AM A HUGE FAN OF HER TEACHING STYLE. The homework is always focused on what I’m currently struggling with or my specific interests about Hindi related culture. As someone who also has learned Hindi as a second language, Maggie has insight on what’s it’s like to learn the language. She is able to have explanations and conversations about language idiosyncrasies and grammar that are tough to have with native speakers since they often take these concepts for granted. — SHAN SIKDAR

REALLY APPRECIATED HER FLEXIBILITY. I have more of an eye toward learning Urdu since my wife is Pakistani and Maggie was happy to discuss Hindi/Urdu differences & take that all in stride. I’ve learned a lot here! — CORY SMITH

SHE HAS STRONG ROOTS IN TEACHING THE STRUCTURE OF LANGUAGE; rather than what I did at first, which was try to learn from a friend who was a native speaker but hadn’t taught before. Maggie encourages conversation, and assigns just enough homework to keep your practice up so you can improve. She also has really good resources you can use, which help you learn outside of lessons, and was proactive in finding another student I could share lessons with, which was helpful for both group conversation, and sharing costs. She genuinely cares about sharing knowledge and helping you reach your goals, will encourage you to keep practicing and learning, and is always available for questions. — AMANDA SHORE

SHE IS INCREDIBLY KNOWLEDGEABLE, EXTREMELY PATIENT, AND HER GOOD HUMOR GOES A LONG WAY when I am struggling with a new grammatical concept! Maggie really pushed me to dive straight into learning to read and write Devanagari (I had originally only wanted to boost my conversational ability), and I’m so grateful for her guidance. Maggie goes the extra mile to make sure that questions are answered, and is open to teaching Hindi in a variety of ways: conversation, books, movies, and even eating at Indian restaurants together! I plan on continuing to work with Maggie as long as I am a student in the Boston area.
— KATE LONG

Boston University offers a fascinating lecture series on translation every spring, and it’s open to the public!  Writers and translators for all different languages describe their process and challenges, and field questions from students and other attendees.  If you’re interested in the many ways that translation (and by extension, language learning) is an art, especially between languages that are not closely related, for which there is sometimes no path to convey the original meaning, this is a wonderful lecture series to check out.  Last year all the lectures were offered on Zoom, and that may happen again this year.  Check the website in January to find out.

You can also view most of the past lectures going back many years here.  This is truly a wonderful resource.

Hussain has worked with most of the Indian greats as well as George Harrison, Van Morrison, and Earth, Wind & Fire.  This is a great opportunity to see him up close in a relatively small theatre.   Tickets available here.

“In the late 1950s, a period acknowledged as the Golden Era of Hindi film music, Bollywood songs were enlivened by a rather unusual influence: jazz. This presentation will explain how a group of journeymen jazz musicians fleeing racism in the U.S. in the 1930s gave India a taste for hot music, and how these syncopated sounds found their way into the Hindi film studios. It will also explore how political ideas traveled the other way, as African Americans sought Gandhi’s advice on their political struggles.”

Naresh Fernandes is the author of Taj Mahal Foxtrot: The Story of Bombay’s Jazz Age. He is the editor of Scroll India, which is a very interesting publication, worth checking out.

All are welcome to participate, in “all languages.”  More information at Harvard South Asian Institute.

Learning songs is a fun way to learn a language, and you generally will never forget vocabulary and phrases you learn via songs you enjoy. This lecture from Hindi lyricist Ali Husain Mir gives an insightful historical overview of the development of Hindi-Urdu movie songs so you’ll know where to start and how to put it all in perspective. 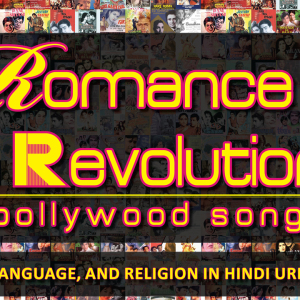 If you’ve studied an Asian language for a while you probably realize what a daunting task translating Hindi literature into English would be, especially if you want it to maintain the original appeal of the Hindi.  So this lecture should be interesting:  “Translating a Hindi Classic into English Aesthetic, or ‘How Can I Convince Everyone This Novel Is Awesome?” It’s at Boston University and open to the public;  check it out if you can, at 745 Commonwealth Avenue, room 625 on 2/6/15.

This article from The Huffington Post looks at some troubling issues to do with development work, and gives a few good reasons to learn a foreign language–well.

The HSAI Summer Film Series begins 6/27/13 with Amar, Akhbar, and Anthony, the campy fun Amitabh Bachchan vehicle that was the first Bollywood movie I ever saw, and is still one of my favorites.  This was Bollywood’s biggest blockbuster of 1977 and also stars Vinod Khanna and Rishi Kapoor.  The other movies in the series are more serious.  Check out the schedule.  I believe these movies are free and open to the public.

This symposium, sponsored by the South Asia Institute at Harvard, will be held at the Inn At Harvard in Harvard Square,  April 25-26, 2013, and will cover a range of socio-economic topics.  Check out the schedule right here.

I will be leading a Beginner’s Hindi Practice meeting for Boston Hindi Speaker’s Meetup tomorrow, 3/2/13, at 2:00 p.m. at  the EC Boston Language School, 1 Faneuil Hall Square, Boston.  At this meetup, we’ll cover expressing basic wants and needs on a shopping trip.  Grammatical structures will include want/need, singular and plural nouns, and pronouns with ko.  Vocabulary will include fruits/vegetables and numbers. Please join us if you can.  Feel free to email me with any questions.

Yahoo Meetup Group Boston Ke Hindi Bolnewale is having its regular Hindi Conversation Meetup on 1/10/13 at Paneera, Harvard Square (1288 Mass Ave.).  There are usually a number of native speakers in attendance and this is a great opportunity to practice Hindi in a casual setting. You can officially join this Meetup Group and see their other events here.

Learn about the latest research on efficient ways to learn a foreign language in this article from Slate Magazine.

Check out Amitabh Chakraborty’s Bengali film, Bishar Blues, at 7 p.m. on November 13 at Lincoln Public Library. This landmark documentary features the bauls (or “madmen” itinerant musicians) of Bangladesh, whose ancient songs still occupy the collective Bengali imagination.  Bauls are both spurned and venerated, as they inhabit a threshold between societies, sexualities, and religions, preaching both Hinduism and Islam simultaneously.  This film screening is organized by one of my students, and I would love it if you drop by!

Check out the Boston Hindi Speakers Conversation Meetup tomorrow  November 8, 2012, at 7:00 p.m. at Paneera Bread, 1288 Mass Avenue in Cambridge.  This group includes a bunch of native speakers as well as people who are new to Hindi, so it’s a great opportunity to learn and practice.

On Monday, Sept. 17, 2012, Chef Vikas Khanna, Michelin Starred Indian Chef, restaurateur, food writer, film maker, humanitarian and the host of the TV show MasterChef India will bring True Business, a film about Sikh community kitchens, or langars, which provide free food to everyone who comes, regardless of belief. The langar has been a part of Sikh tradition since the first Sikh Guru, Guru Nanak. The tradition is based in the ethic of equality, sharing, community and inclusiveness.   True Business is the first film in Khanna’s Holy Kitchens film series, which visits sacred places, religious leaders, philosophers and devotees of the world’s religions to examine the experience of sharing food in a spiritual context.

Watch the trailer on YouTube, or you can also see the entire film at the Culture Unplugged Website.

The Holy Kitchens series also includes  films on the relationship between food and other faiths including Hinduism, Islam, Christianity, Judaism and others.

Here’s an interesting analysis from the Pittsburg Post-Gazette (!) of the “Slumdog Millionaire” debate that began a few years back.

Check out  “Oprah Travels to India,”  on “Oprah’s Next Chapter,” especially the first episode, in which Oprah discovers that a family of five can live happily–by their own account–in a 100-square-foot room.